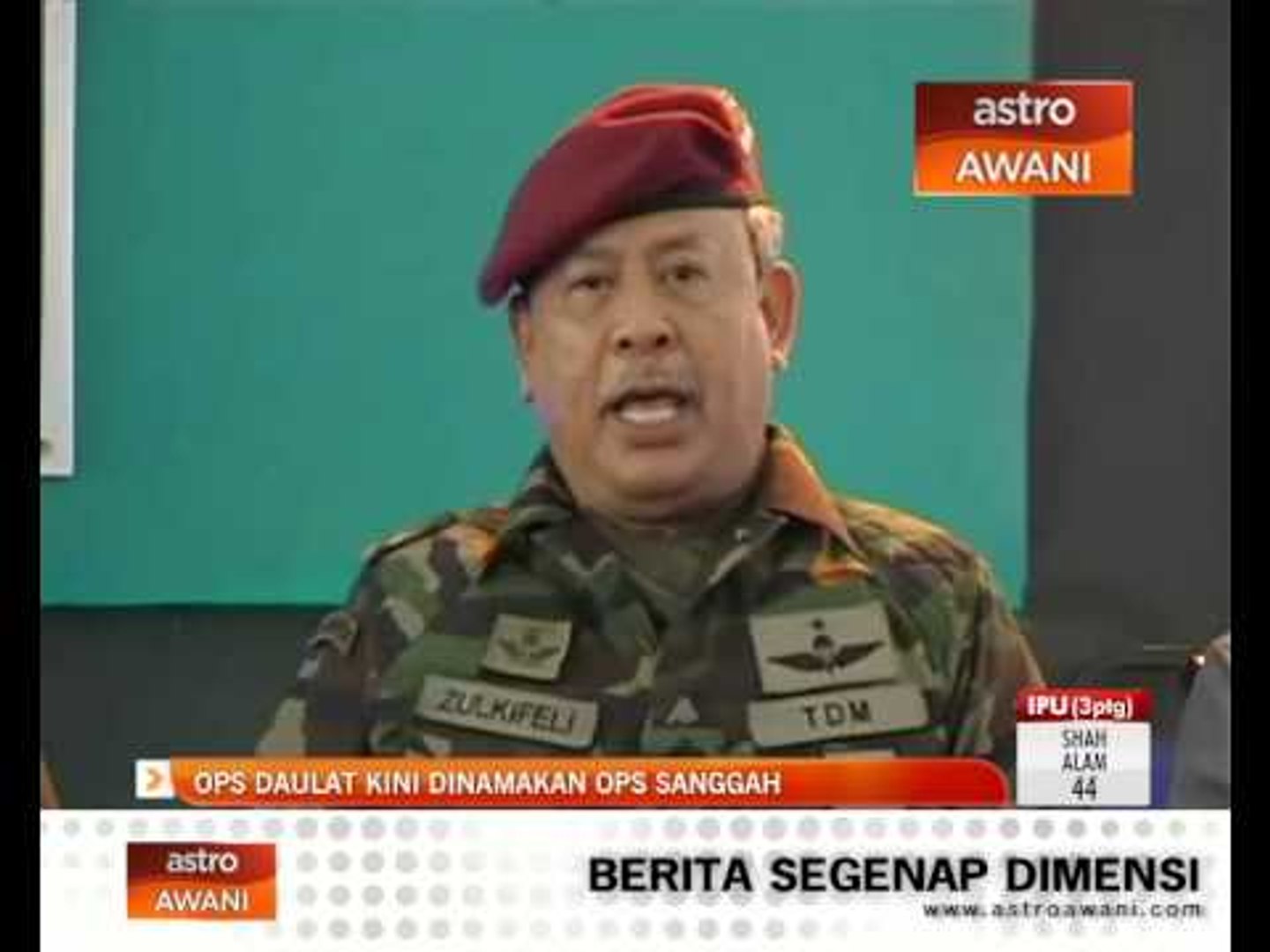 Nanti dorang 'persoal' sapa nak jawab? Through these economic and military measures, Malaya under the leadership of Tungku Abdul Rahman was able to break the communist backbone in that country, in the same way that through similar economic and military measures, Magsaysay was able to break the communist backbone here in our country, so that the names of Abdul Rahman and Magsaysay rank high in the roster of successful communist fighters in Asia.

Because of the success of the Federation of Malaya under the leadership of Abdul Rahman and with the British military and economic aid to fight communist infiltration and subversion, it is also expected that the enlarged Federation of Malaysia under the same leadership of Abdul Rahman and with continued British military and economic aid will be able to meet and overcome any communist attempt to capture Singapore, Sarawak, Brunei and North Borneo through infiltration and subversive activities.

Is this a better substitute to the Malaysia plan as an instrumentality to make Sarawak, Brunei and North Borneo safe and secure against communist infiltration and subversion once these countries become self-governing or independent? According to President Macapagal, it is a better substitute. For my part, I cannot say whether it is a better substitute or not, for the simple reason that its proponents cannot give us any information as to what concretely and specifically are the plans and the ways and means by which this Greater Malayan Confederation is expected to help protect Sarawak, Brunei and North Borneo against communist infiltration and subversion.

According to President Macapagal in a recent interview with a correspondent of Agence de France, all that he could say was that the proposed members will retain their separate sovereignties. This means that the Philippine claim to a portion of North Borneo will be given so that North Borneo may become independent and sovereign and thus qualify to be a member of this Greater Malayan Confederation.

I have asked before and I now again ask: Is it the plan that this Greater Malayan Confederation will not seek any outside military or economic aid either from Britain or from the US and that each member state will just rely on her own military and economic resources to fight communist infiltration and subversion? Is the Philippines ready to extend military and economic aid to North Borneo, Brunei and Sarawak and if so, how much is the present administration willing to appropriate for this purpose? What joint and common measures will the member states take in order to help each other in fighting communist infiltration and subversion?

Will there be a common armed force?

Will there be a common economic program? Or will this be a purely social club? These questions are relevant, material and pertinent and must be answered by President Macapagal and the proponent of the Greater Malayan Confederation, before they can expect any Filipino to rally to its support and before they can expect the proposed member-states of such Confederation to be convinced that it is a better and more effective instrument than the Malaysia plan to combat and overcome the communist menace in their respective territories.

I regret to report that in the joint committee hearings of the Senate Committee on Foreign Relations and National Defense and Security, none of the defense and foreign officials present could give any answer to these questions and they confessed to our amazement and surprise that the detailed plans and objectives of this projected Greater Malayan Confederation have not been spelled out.


Conclusions From the foregoing facts and considerations, I submit to the Senate and to our people the following conclusions: We would appear as having attempted to colonize a portion of North Borneo without any lawful or just cause, forgetting our colonialism and our loud demands for accelerating the grant of self-government or independence to subject peoples especially those in Asia. In this connection, it is worthy of note that judging from press reports of Filipino newspapermen who had gone to North Borneo, the popular reaction there to our claim of sovereignty is one of surprise and resentment rather than sympathy and support.

And if Indonesia insists that the peoples of Sarawak, Brunei and North Borneo are against Malaysia, we should point out to her that there is available UN machinery and there is the peaceful remedy of asking for a plebiscite under the auspices of the United Nations, which renders unnecessary resort to war or use of force and violence. I for one believe in all sincerity that under the present circumstances, the better course to follow is for our government to inform the United Nations in due time, i.

Saya ada byk baca sumber, tapi kalau saya petik semua, analisis sudah jadi karangan panjang yg org tak boleh nak baca. This began after Filipino media reported that Mr. Anwar may be involved with the incursion and the evidence of an image showing the opposition leader with Nur Misuari of MNLF began circulating on the internet. On the eve of its general election , Filipino senatorial candidates from the opposition blamed president Benigno Aquino III for sending unclear messages to the Kiram family.

An online debate ensued on whether the move highlighted such patriotism of a Malaysian-based airline or the lack of resources of the military. Some Malaysians wondered why the government requested help from a commercial airline, instead of mobilising its own fleet of C Hercules transport planes. Others lauded AirAsia for its efforts in assisting the armed forces. The Malaysian defence minister, Zahid Hamidi, pointed out that each of the RMAF C Hercules transport aircraft are only capable of carrying up to 90 soldiers each, while airliners of AirAsia are capable of transporting up to soldiers each.

The Malaysian Defence Ministry, reiterated by various netizens, also pointed out the fact that chartering civilian jetliners are also a common practice in other countries, [] including those of NATO. The event, called Ops Bunga Operation Flower , encouraged participants to place flowers at the embassy's doorstep as a show of the Malaysian public's solidarity towards Filipinos in Malaysia.

Organisers also urged people to offer prayers to the Malaysian security officers who died in the conflict. Participants used the Twitter hashtag OpsBunga during the event. On 10 March , reports arose of police brutality committed by Malaysian police officials as part of a crackdown on suspected Kiram III supporters, causing a mass migration of Filipinos from Sabah to Sulu. Also, it was stated that those detained were not given proper treatment [] The DFA has yet to receive a formal statement from the Malaysian government.

These included several family members of Kiram III who had entered the state of Sabah using assumed identities.